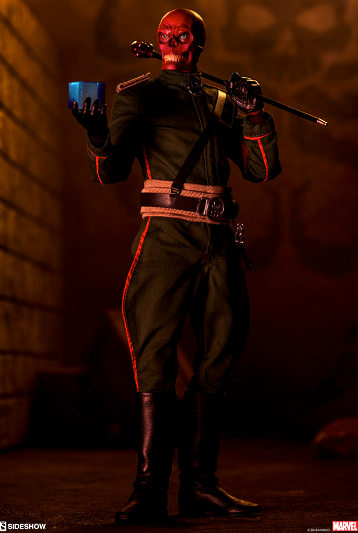 As the figurehead of HYDRA and the archenemy of Captain America, the Red Skull Sixth Scale Figure takes on a nefarious new look as a part of Sideshow’s Marvel Sixth Scale collection. This figure features a detailed skeletal portrait and carefully tailored fabric costume inspired by his appearance in Marvel Comics.

The ruthless Red Skull Sixth Scale Figure includes a green bodysuit with red trim, a HYDRA medallion, and a red HYDRA armband. Around his waist, he wears a green fabric belt and a black leather-like officer’s belt, emblazoned with the evil insignia. Red Skull also has a pair of black officer’s boots and four pairs of black gloved hands, including fists, open hands, pistol grip hands, and alternate grip hands, giving you a wide variety of display options for this figure in any collection.

All enemies of HYDRA will fall. Conquer your collection with the Red Skull Sixth Scale Figure today! 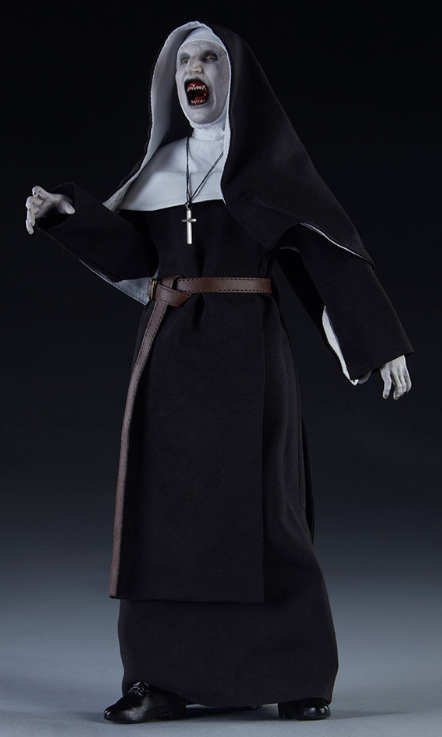 In the Conjuring movie prequel The Nun, a demon stalks the holy sisters of a convent in Romania – it’s an ancient site that holds a dark secret — and a portal to Hell.

At 30 cm tall this collectible Nun figure has over 36 points of articulation and features two different heads – one with her scary “I’m going to get you” stare and another head in “attack” mode with her wide-open mouth revealing terrifying fangs.

Her nun’s habit and veil are authentically reproduced as seen in the movies and she wears a silver cross. Also included are multiple hands for your choice of horrifying poses. She comes with Ed Warren’s haunting portrait of her from The Conjuring 2 and a round logo base. 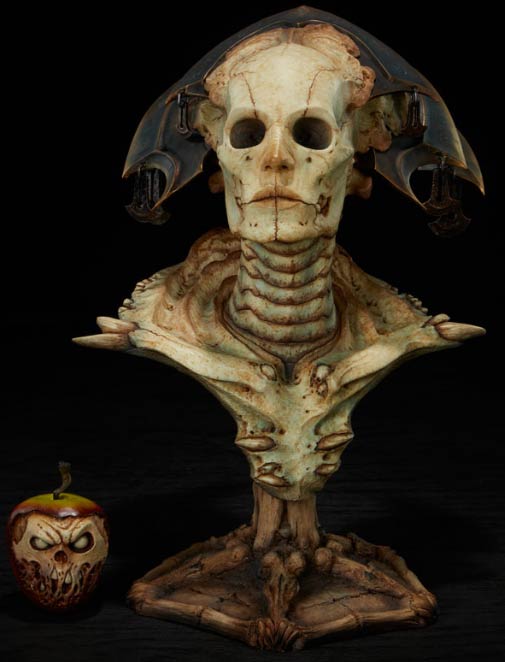 This Xiall: Resolve of Bone Legendary Scale Bust is the newest addition to the original Court of the Dead collection. Xiall, the Great Osteomancer and leader of the Faction of Bone, is Death’s right hand and the most powerful administrator in the Land of the Dead. This highly detailed third-scale bust portrays this haunting character in all her quiet glory.

“We are basically looking into the face of a beautiful woman that has no eyes in her eye sockets!” said Amilcar, of this bust’s unique expression. “Eyes are the windows to the soul… They say. So how to give the sense of soul to a character that has no eyes?” Amilcar certainly found a way! At this compelling larger scale, Court of the Dead fans and Bone Faction devotees can shudder at the chilling countenance of this harsh Underworld fixture.

The Xiall bust stands a stately 16 inches tall. The Bone Faction leader’s imposing visage is perched atop an elegantly macabre clawed base. The stately iron crests that crown Xiall’s head are ornately decorated with cryptic symbols and peculiar ornaments.